Kate Geraghty is a 37-year-old Australian press photographer with 13 years in the industry. Her photographic career began at an Australian regional newspaper, the Border Mail. She freelanced for 6 months in Cambodia and Australia before joining Australia’s leading broadsheet the Sydney Morning Herald in 2001. Kate has covered domestic social issues, news, features and politics – however, she is drawn to international assignments that impact on our world.

Kate’s assignments have included the Bali Bombing 2002; the Aceh Tsunami 2004; the Iraqi invasion in 2003/04 and the Lebanon/Israeli war in 2006. In 2008, Kate went on assignment for the SMH covering Fistula Patients in Ethiopia. She accompanied Médecins Sans Frontières to cover the food crisis in the same country.

In Jan/Feb 2009 Kate and journalist Jonathan Pearlman travelled to the Democratic Republic of Congo documenting the widespread use of rape as a weapon of war and the impact of war on a civilian population who have been living in refugee camps for 15 years. The resulting story became a 2009 Walkeley finalist documentary which can be viewed on www.smh.com.au/sexualwarfare

The hauntingly powerful images in DISPLACED FUTURES are a narrative for the victims of these crimes. Kate Geraghty’s extraordinary series of photographs raise awareness of the circumstances under which the displaced Congolese people continue to live.

Kate Geraghty and King Street Gallery on William will contribute a percentage of sales from the exhibition to Médecins Sans Frontières. Their ongoing efforts both in DRC and many other countries around the world provide essential service and support to millions of people who would otherwise be left without life-saving medical assistance. 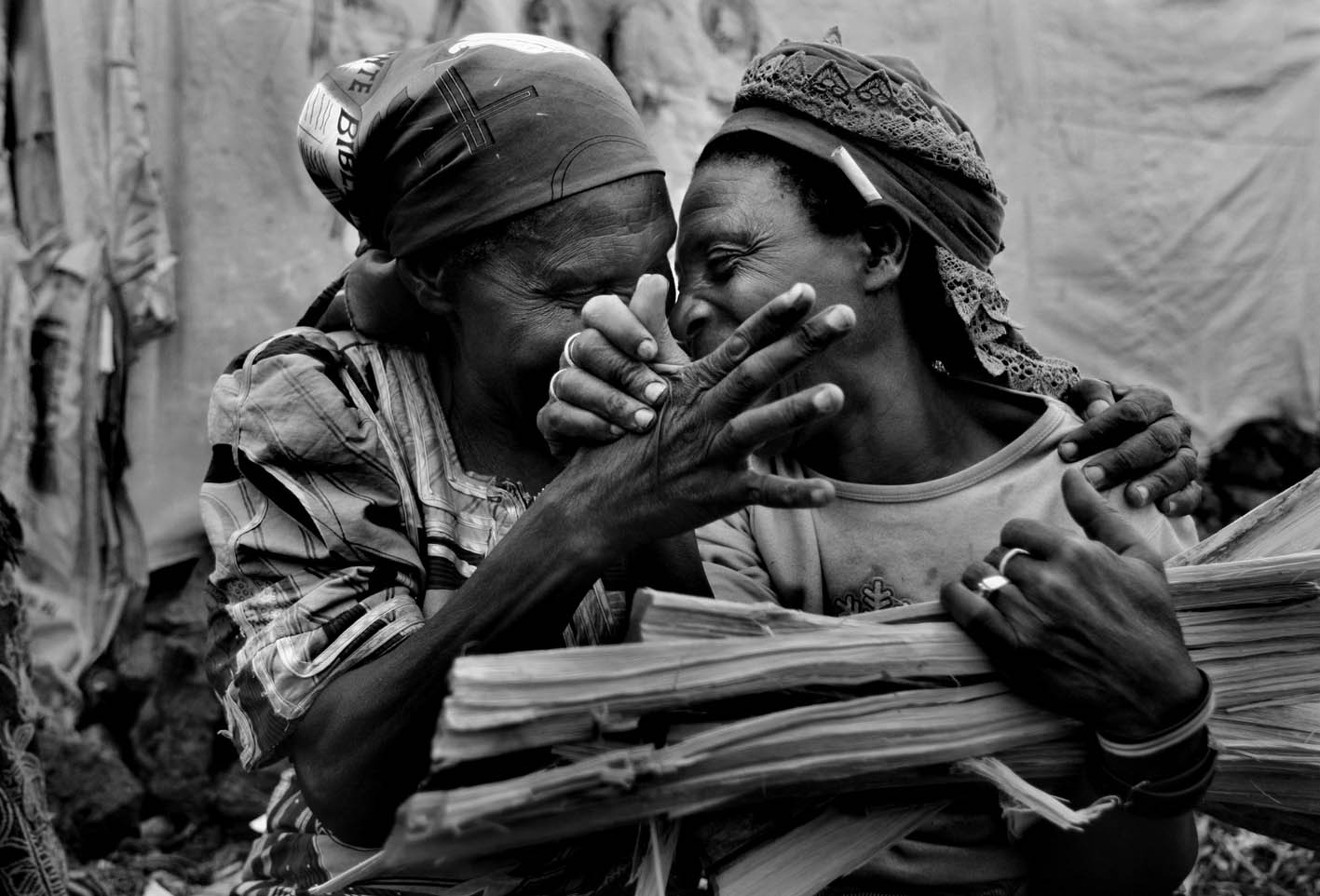