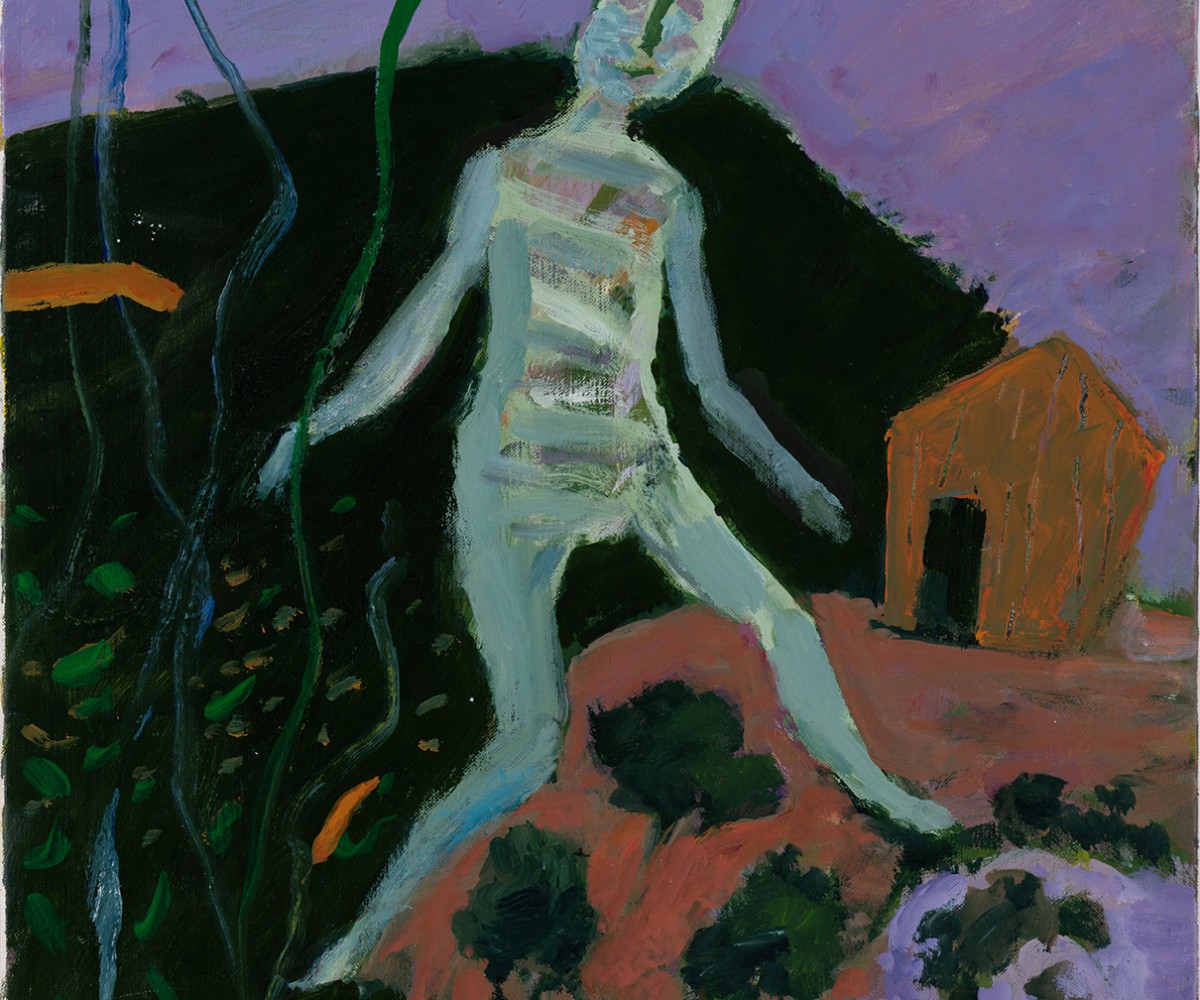 Walk to the hut 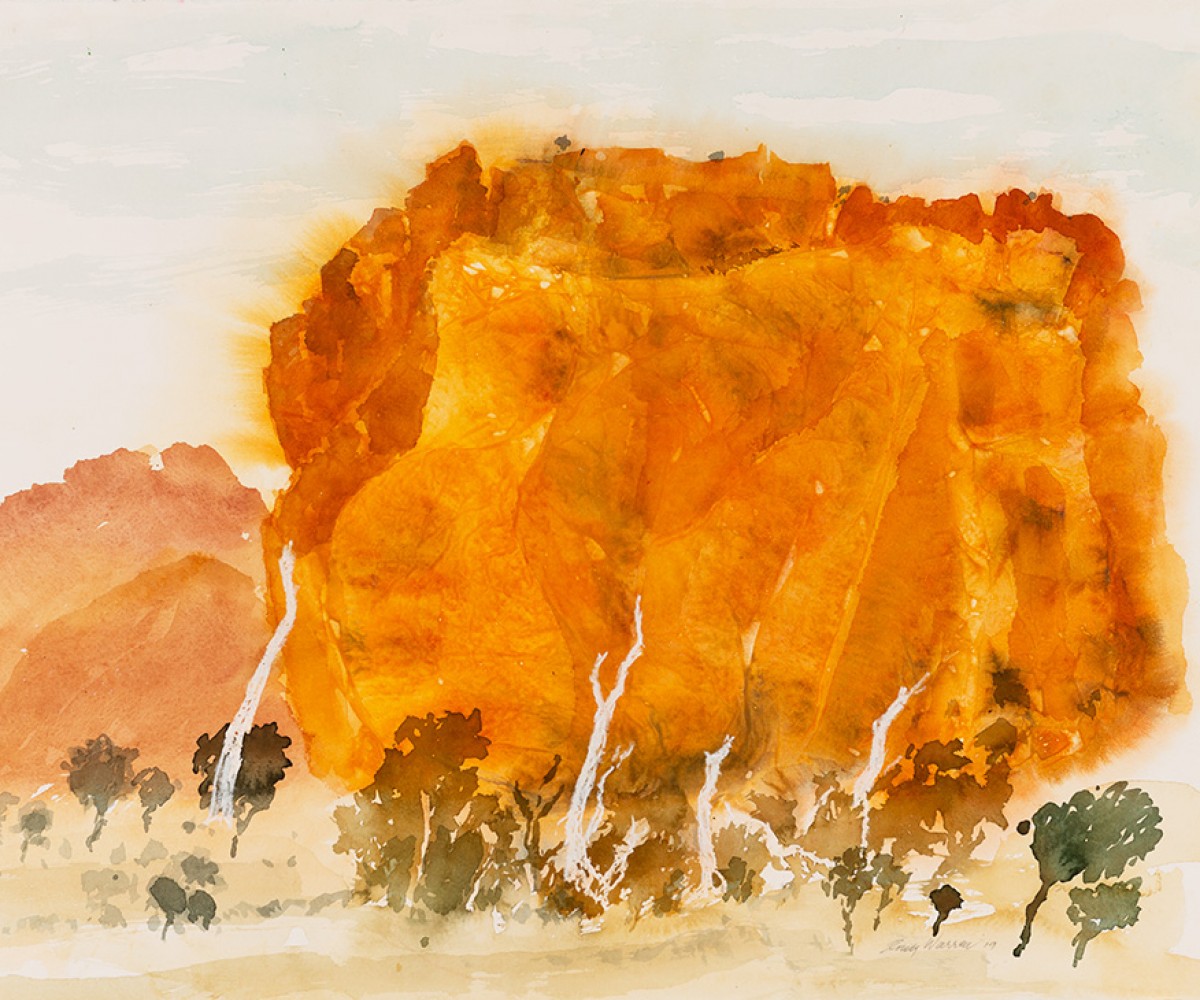 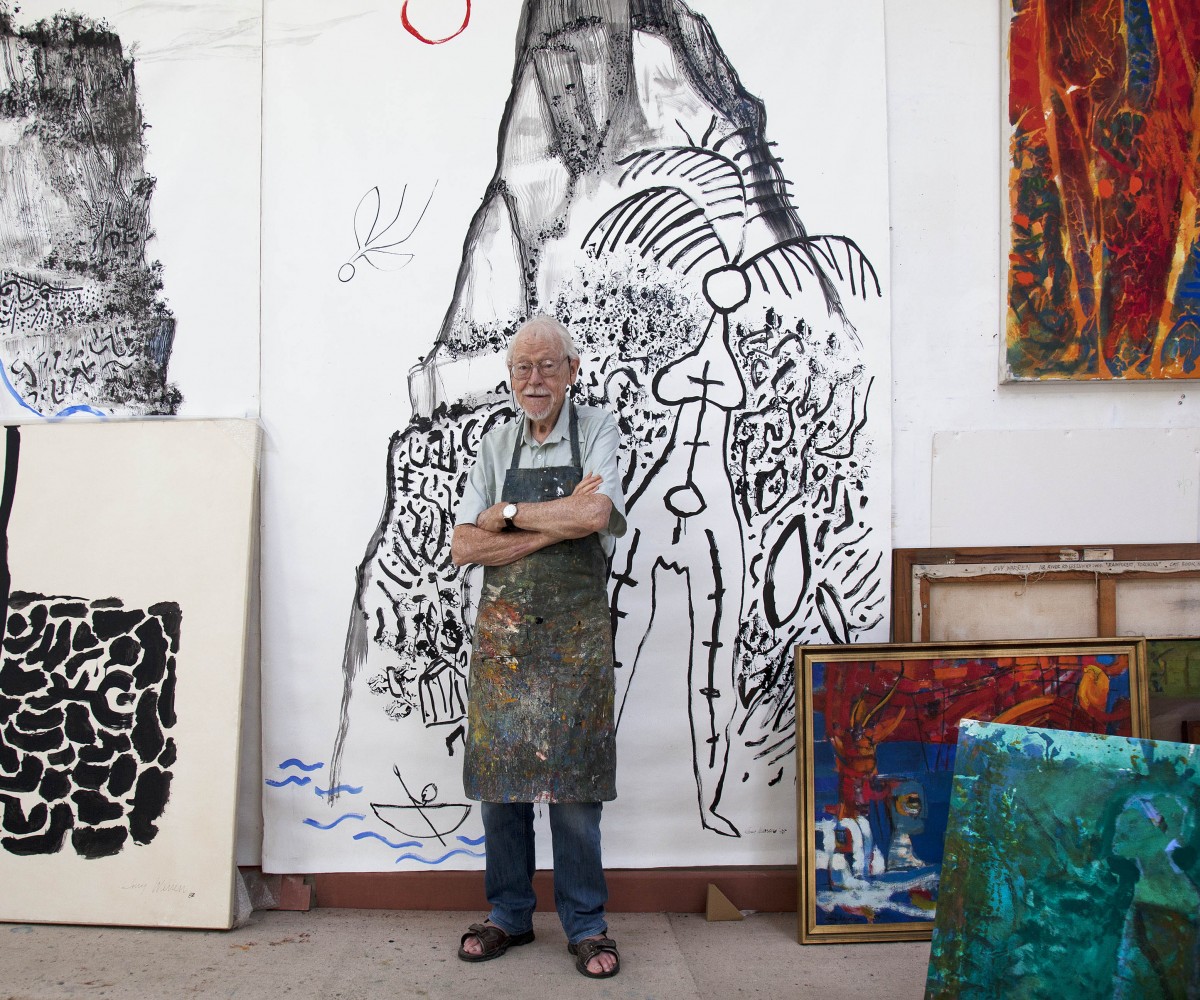 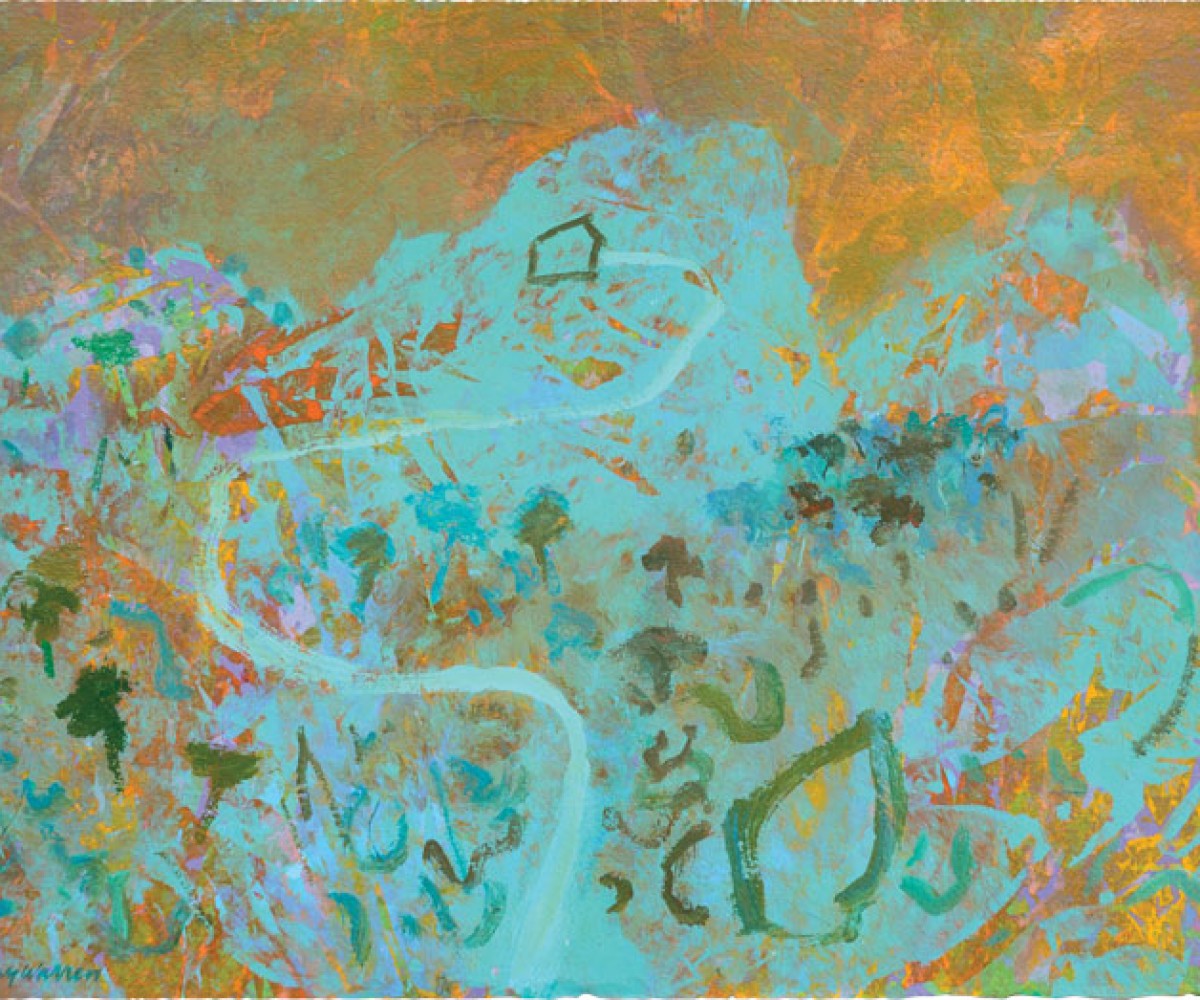 Track to the hut on the hill 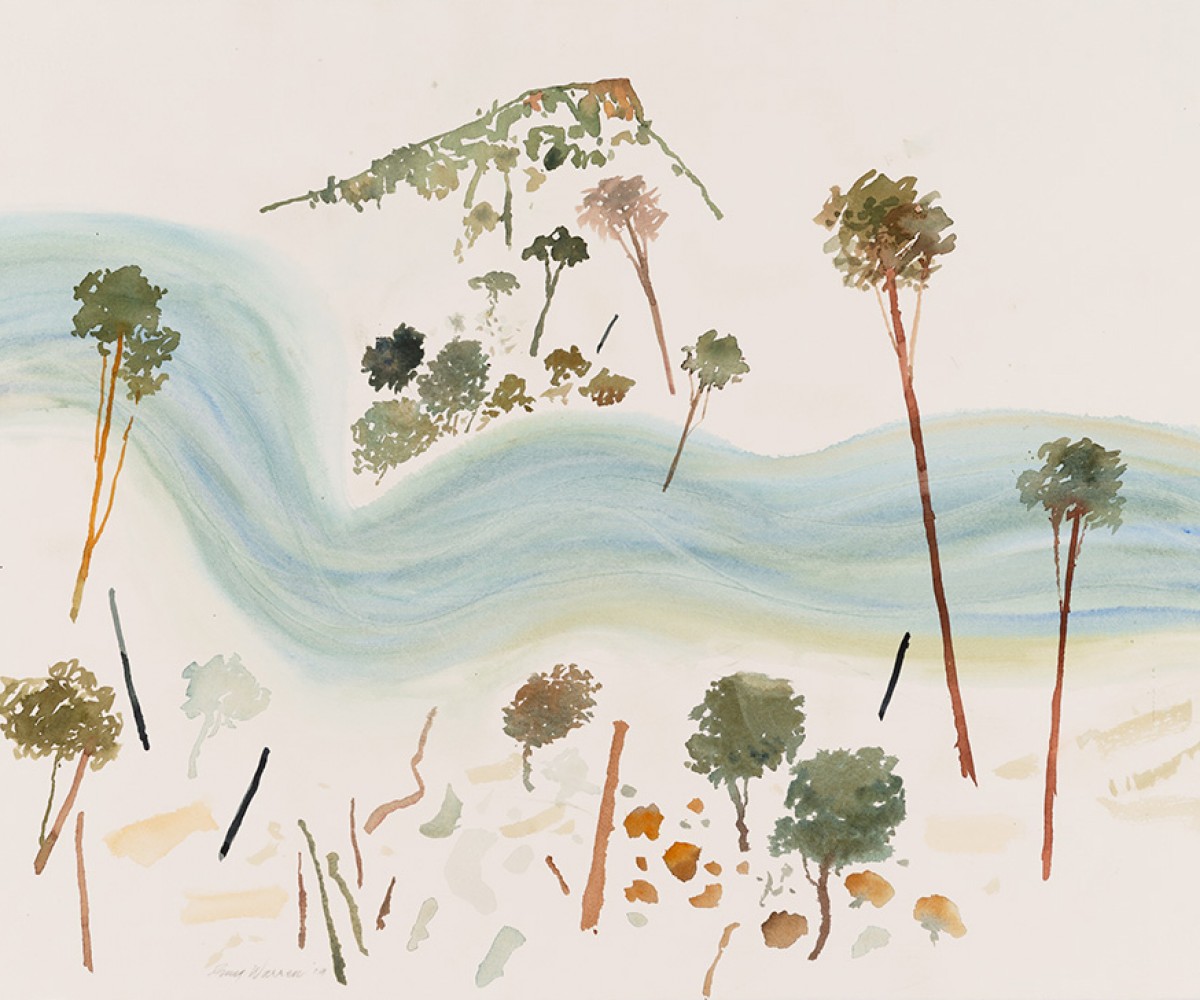 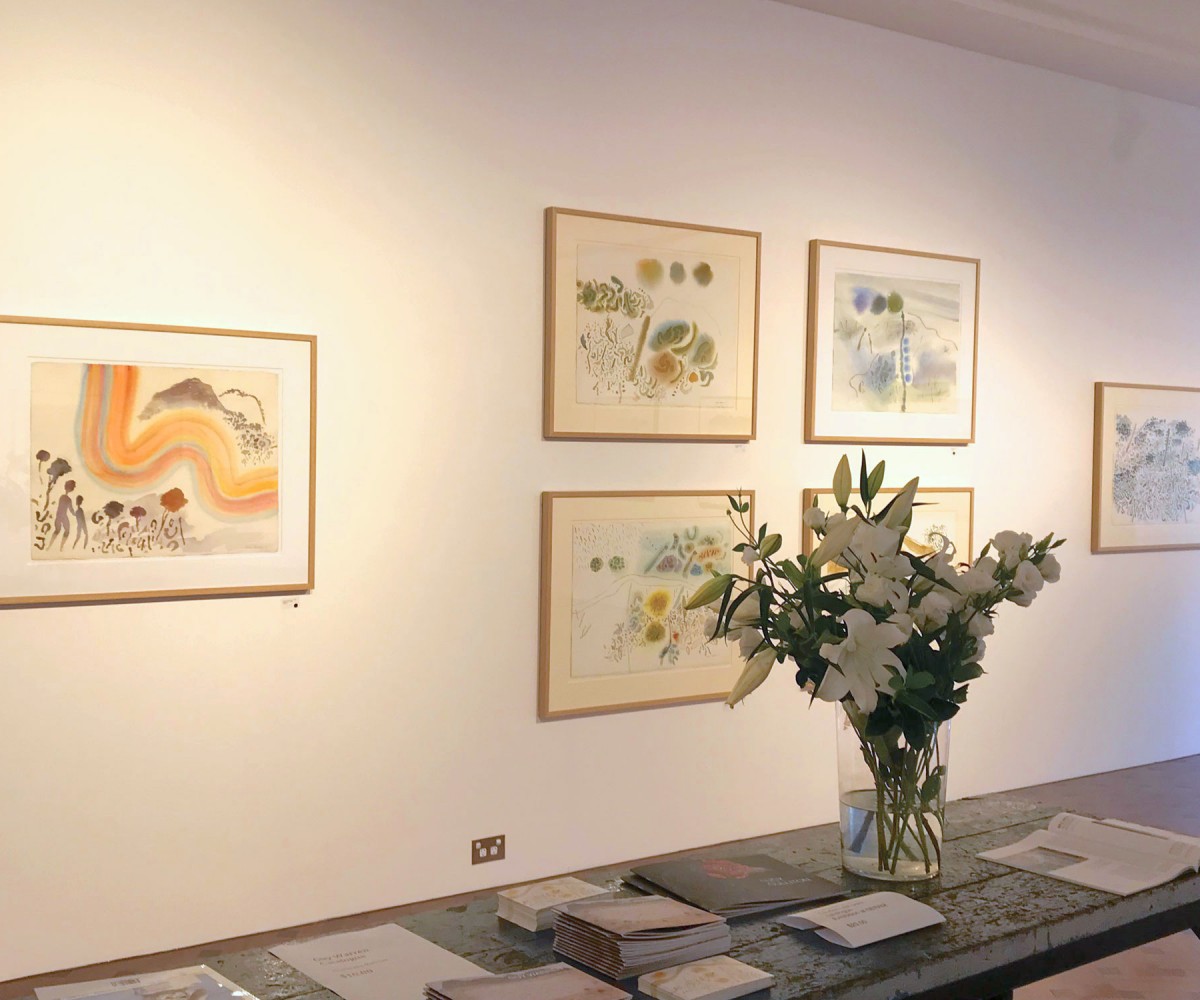 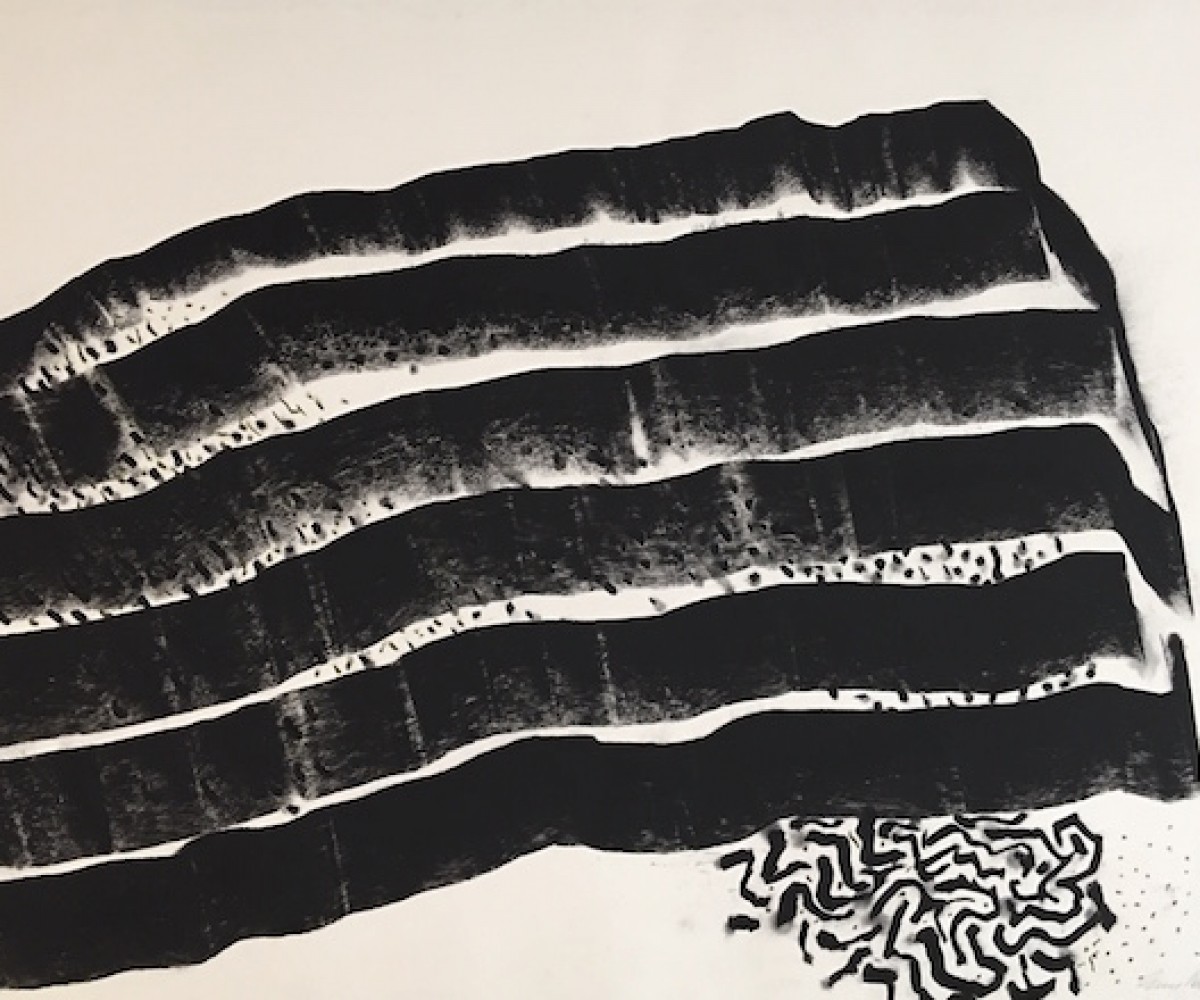 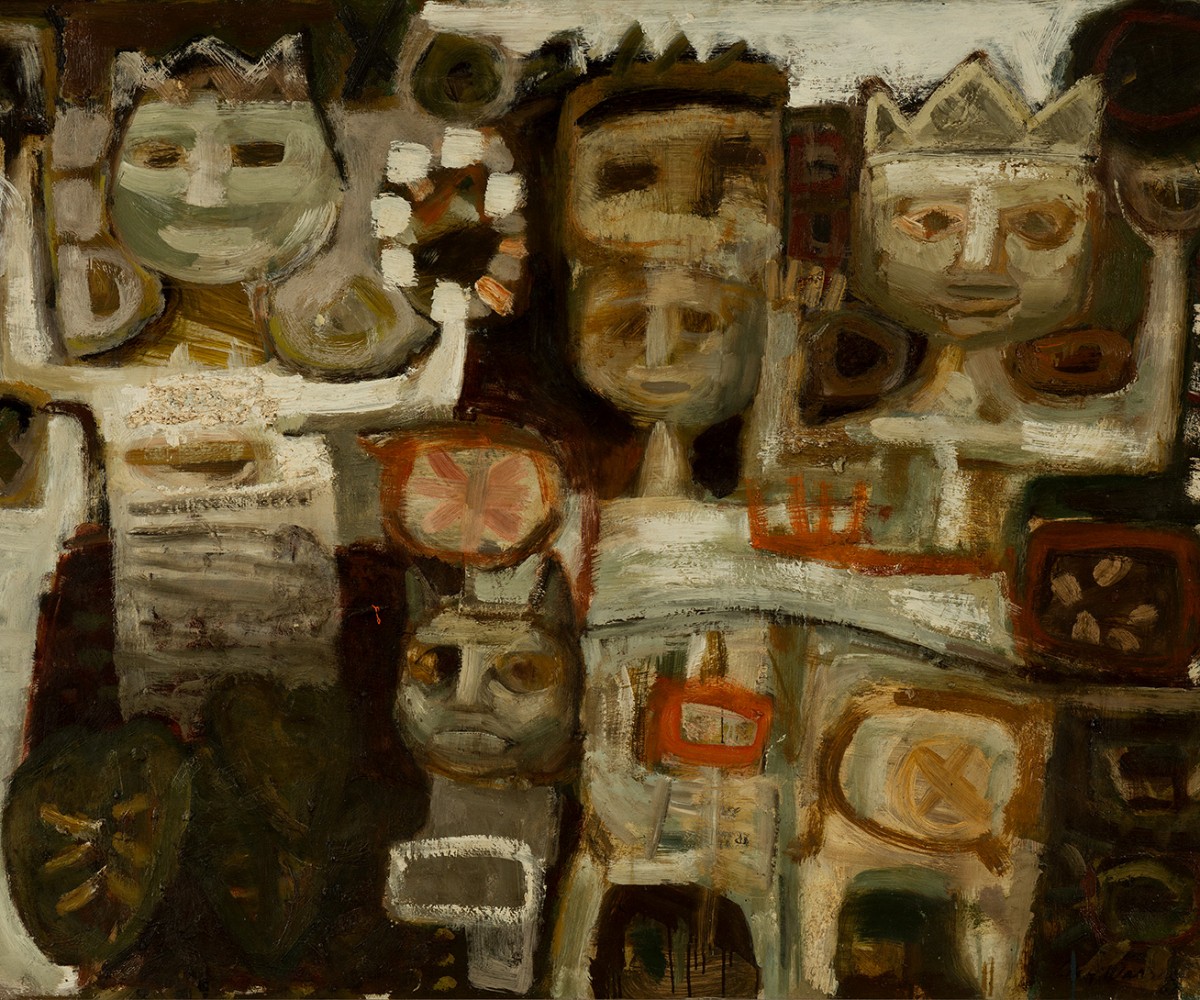 Guy Warren’s career encompasses over 70 years of consistently exhibiting across Australia and includes several major retrospectives. Amongst other sources, his work has been influenced by American abstract expressionism — in both literal and neo-expressionist styles. His works frequently contain images of the human figure and its relationship to landscape and often refer to the rainforest at Jamberoo, south of Sydney.

Warren was born in 1921 in the regional NSW city of Goulburn. At the age of 15 he was an evening student at the J.S.Watkins Art School in Sydney but at 21 enlisted in the army and served in New Guinea. After the war, Guy studied at the National Art School in Sydney under the Commonwealth Rehabilitation Training Scheme before travelling with his wife to London where he remained for eight years working, studying, visiting major art galleries and painting. He studied part-time at the Chelsea School of Art, the London School of Art and the Central School of Arts and Crafts.

Winning the Flotta Lauro Travelling Art Scholarship in 1967 took him back to London and a grant from the British Council allowed him to investigate art and architecture schools in the UK and USA. On return to Australia, he taught briefly at the Department of Industrial Design at the University of New South Wales, lectured at the Faculty of Architecture, University of Sydney, and then became the inaugural director of the University’s Tin Sheds. In 1976 Warren was appointed principal lecturer and head of painting at the new Sydney College of the Arts. From 1992 to 2002 he was the Director of the University of Wollongong Art Collection.

Among many other prizes, Guy has been the recipient of the AGNSW Trustees’ Watercolour Award (Wynne Prize Exhibition) in 1980, the Archibald Prize for portraiture in 1985 and in 1988 the Bronze Medal at the 4th International Triennale of Drawing in Poland. He was awarded the Medal of the Order of Australia (OAM) in 1999, and then the Australia Medal (AM) in 2013 for his contribution to the Arts. He holds an Honorary Doctorate of Creative Arts from the University of Wollongong and an Honorary Doctorate of Visual Arts from the University of Sydney.

In 1994 Guy carried out a sky drawing at 14,000 feet over Sydney Harbour using an image which frequently appears in his paintings and drawings, based on the Icarus legend. This was later repeated over Armidale and Bondi.

Guy’s works are represented internationally as well as in the collections of the National Gallery, Canberra, the Australian War Museum, Canberra, every Australian State Art Gallery, the British Museum and the Contemporary Art Society Collection, London, the National Library, Beijing, China, the Taipei Fine Arts Museum, Taiwan, the United Overseas Bank, Singapore, the Westpac Collection, New York, and the Deal Collection, Dallas, USA. Examples of his work are also in the collections of most Australian regional art galleries. 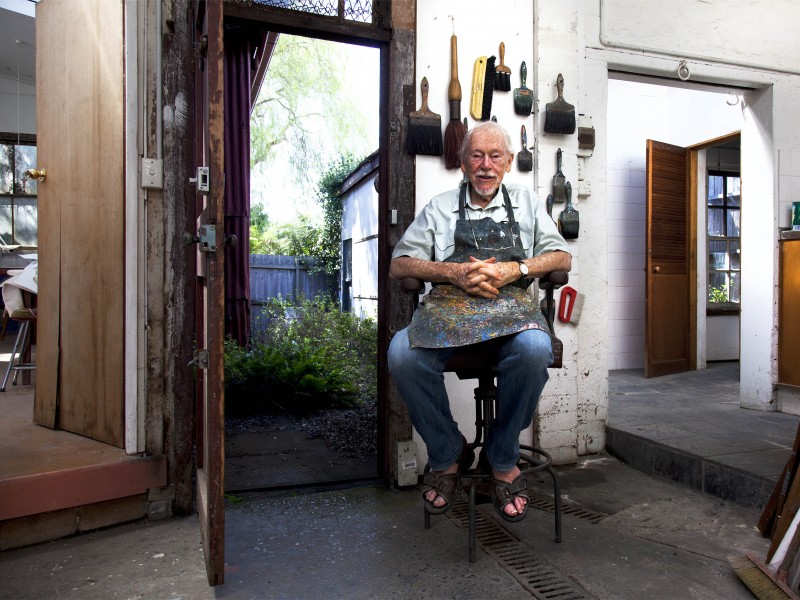 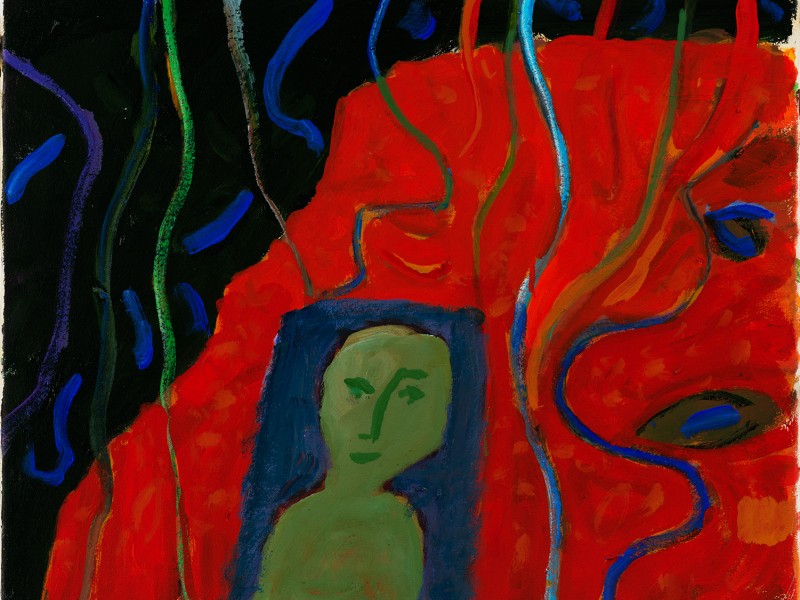 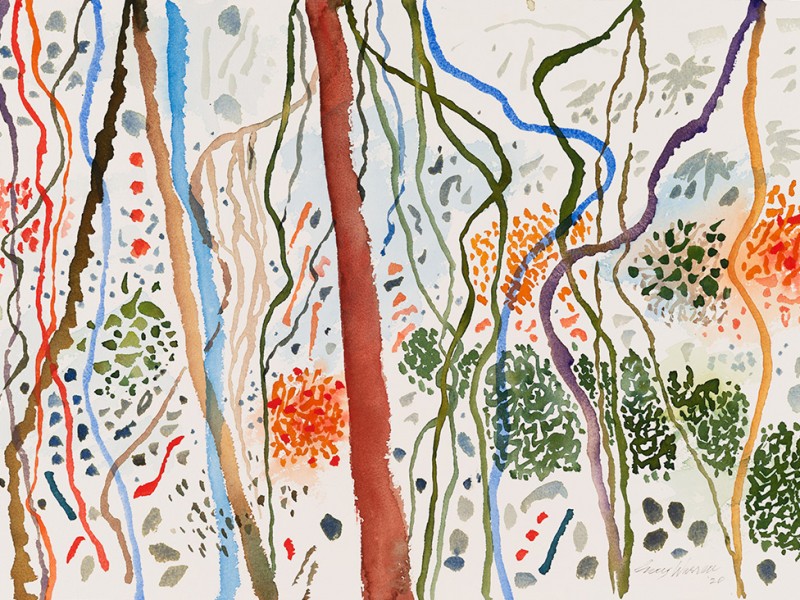 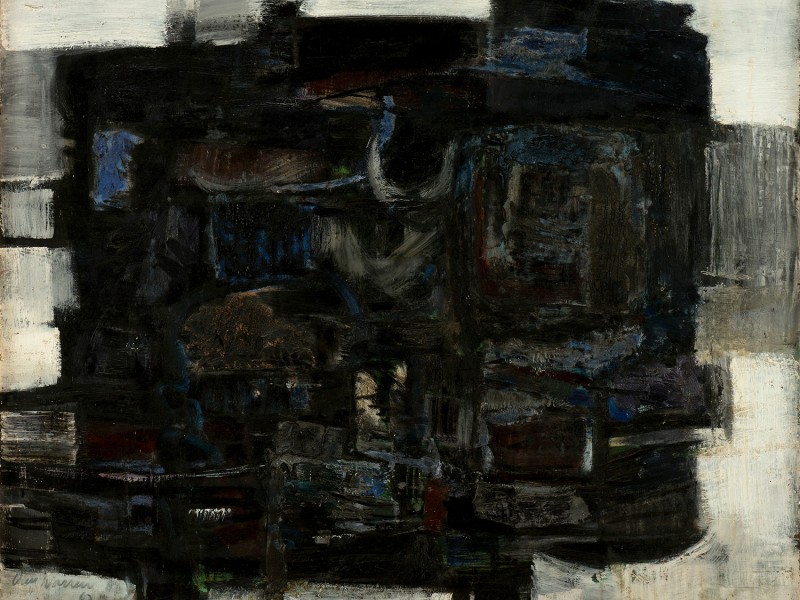 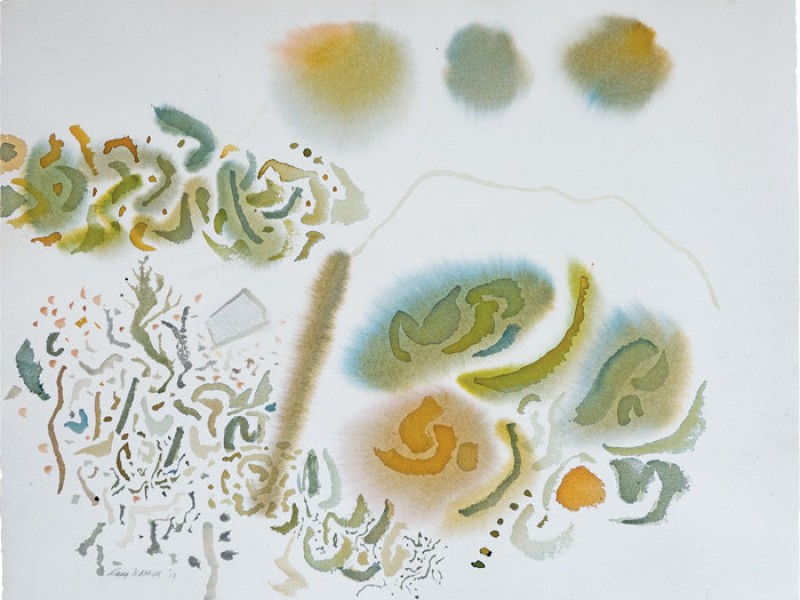 In Conversation with Ham Darroch and Guy Warren: FLOWLINE, CMAG

Canberra Museum and Art Gallery hosts exhibition FLOWLINE, the visual history of the development of Abstraction in modern Australia.

An excerpt of an interview with Australian artist, Guy Warren. For the full interview, go to the Cultural Conversations web site, http://www.cultconv.com.

Guy Warren on "Flugelman with Wingman" 2017

Sydney artist Guy Warren was a longtime friend and colleague of artist Lloyd Rees. Hear his memories and insights into one of Sydney’s most beloved artists. Filmed as part of the exhibition Lloyd Rees: Painting with Pencil 1930-36, held at the Museum of Sydney 12 December 2015 – 10 April 2016.

Guy Warren AM - Painter and printmaker 2016

Acclaimed painter and printmaker Guy Warren AM believes that creativity is in everyone – it’s just a matter of thinking outside the box and trying something different. Honorary Doctor of Creative Arts, UOW 1998

Australian artist Guy Warren talks about turning 90 and how his World War II service in PNG led to a meeting with David Attenborough.

1994
Warren carried out a series of ‘sky drawings’ above Sydney Harbour, using an aeroplane (Cessna 183), cloudless sky, vapour, sun and wind, at 14,000 ft.
Repeated above Armidale Regional Gallery and in 2005, above the Ocean at Bondi NSW

1989-92
Person, Place and Process – A survey of the work of Guy Warren, a travelling exhibition to six major regional galleries, NSW.

2003
Beneath the Monsoon Artspace, Mackay, Qld, also featured in a number of other regional galleries in Queensland

1994
Drawing on Inspiration, Ivan Dougherty Gallery. In addition to this exhibition, a ‘sky drawing’ was carried out: The Fall of Icarus, using a light plane and vapour trails at 14,000 ft

1972
Australian Paintings and Tapestries of the Last 20 years, London, UK and Sydney. 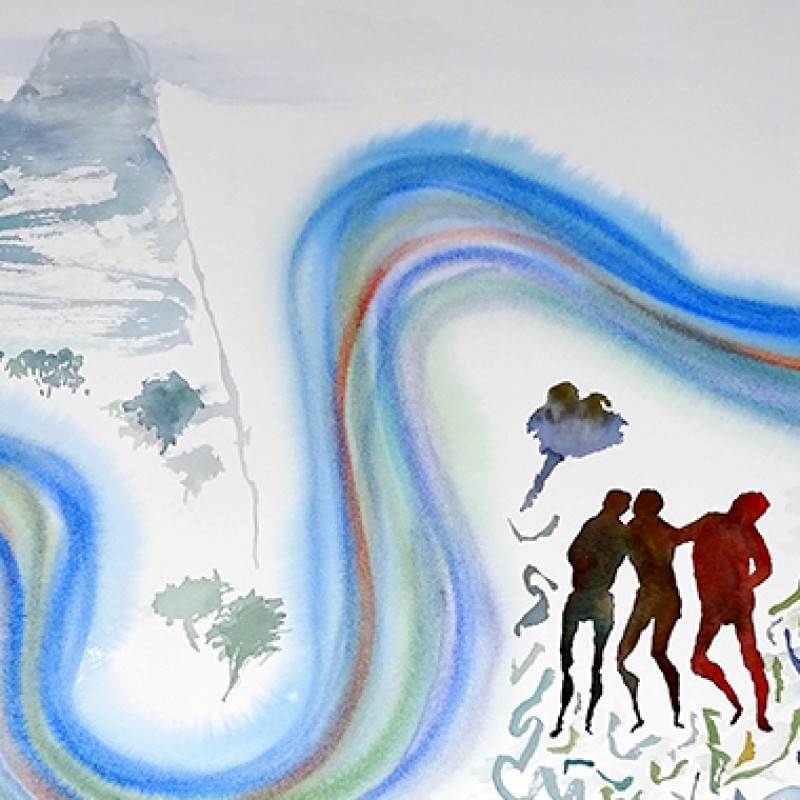 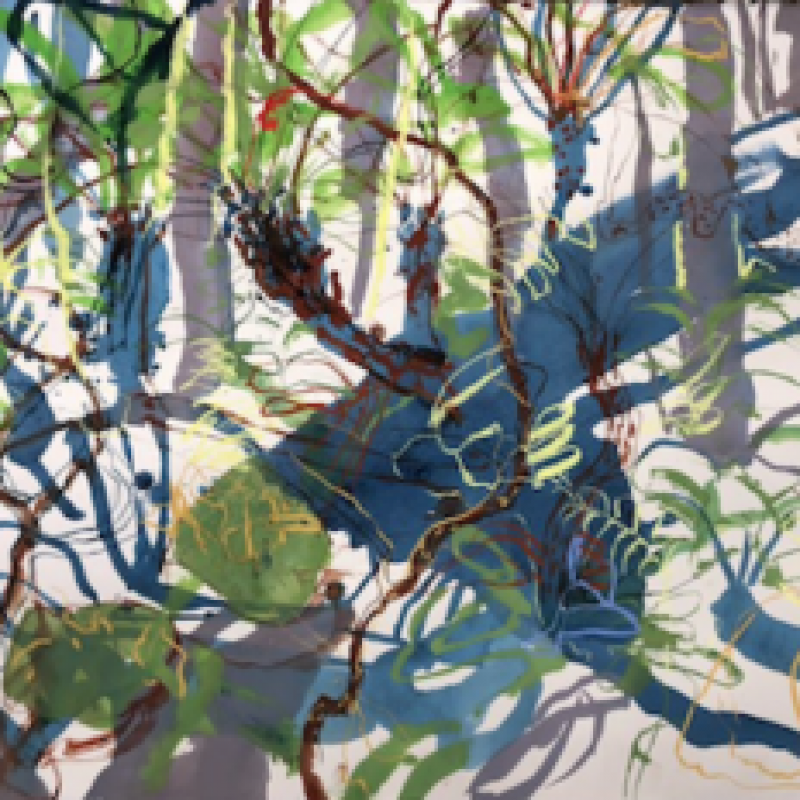 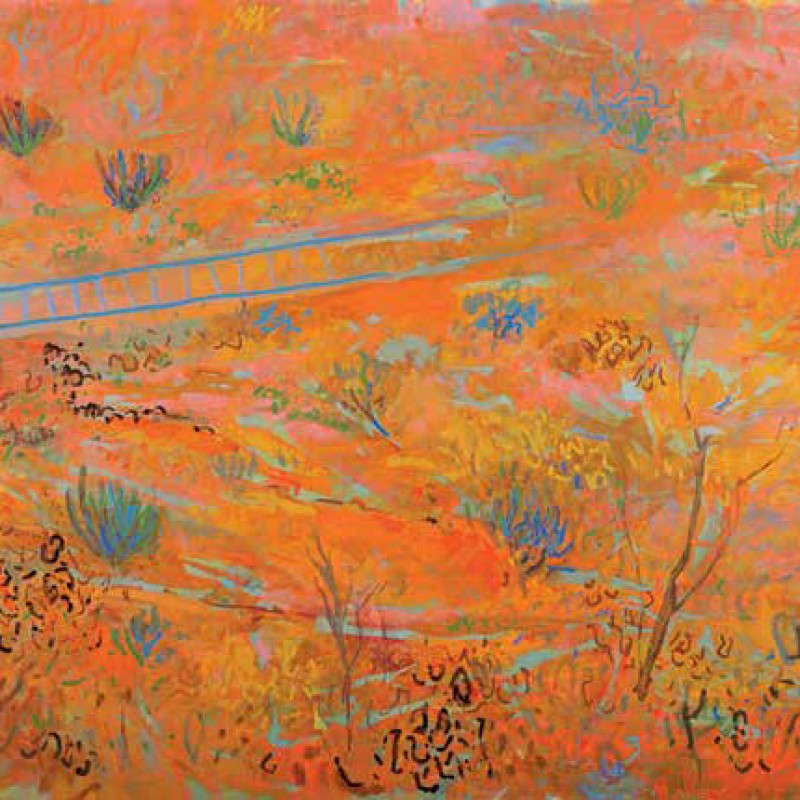 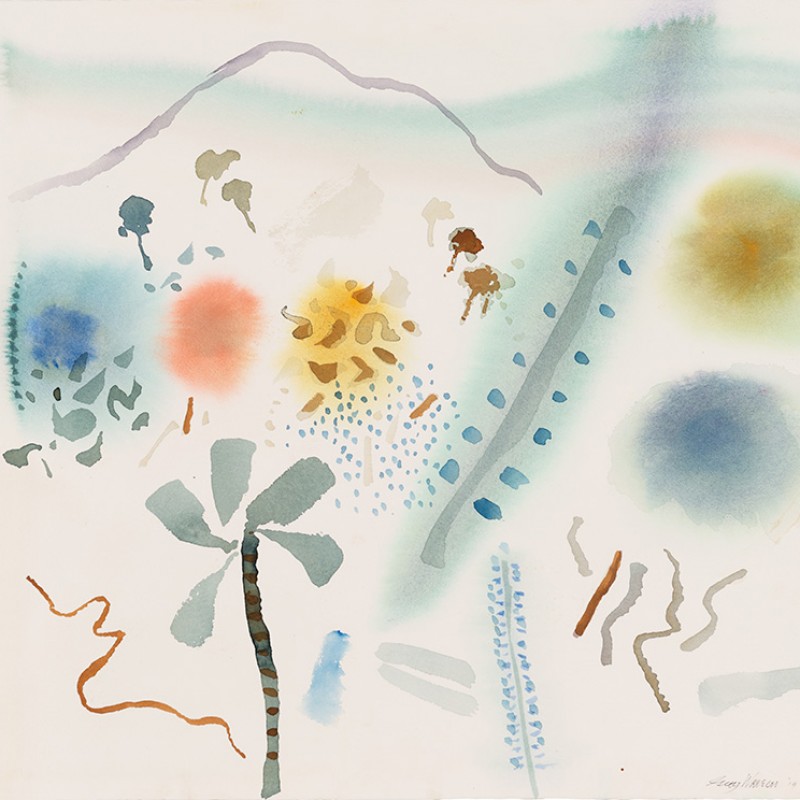 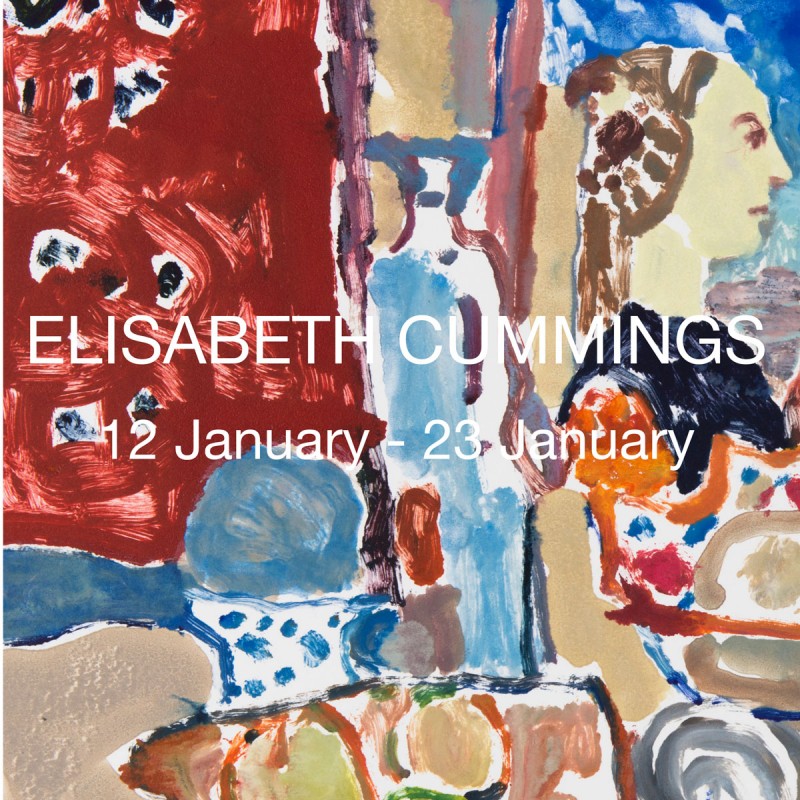 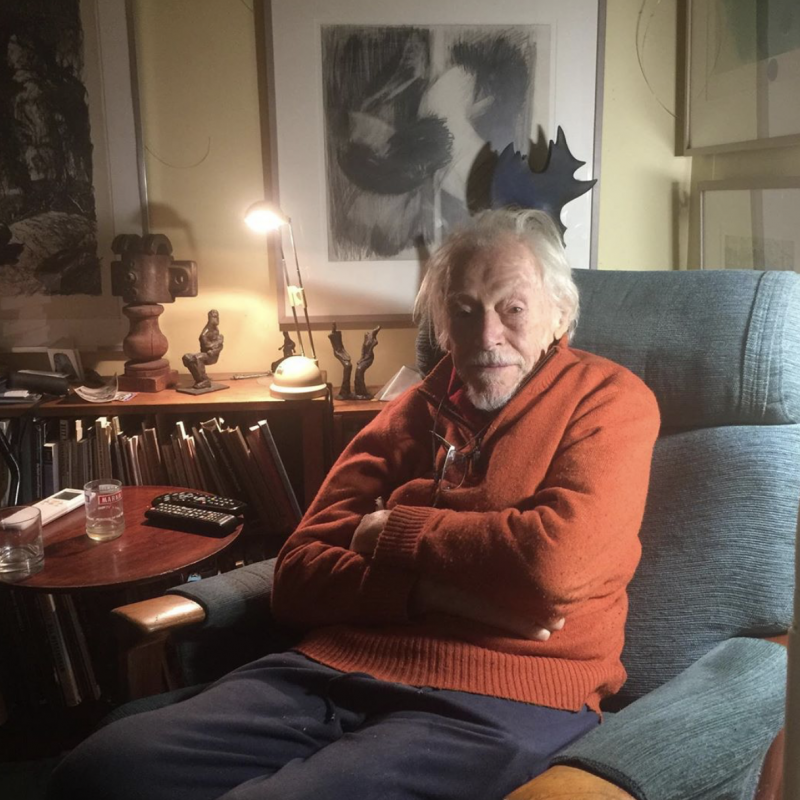 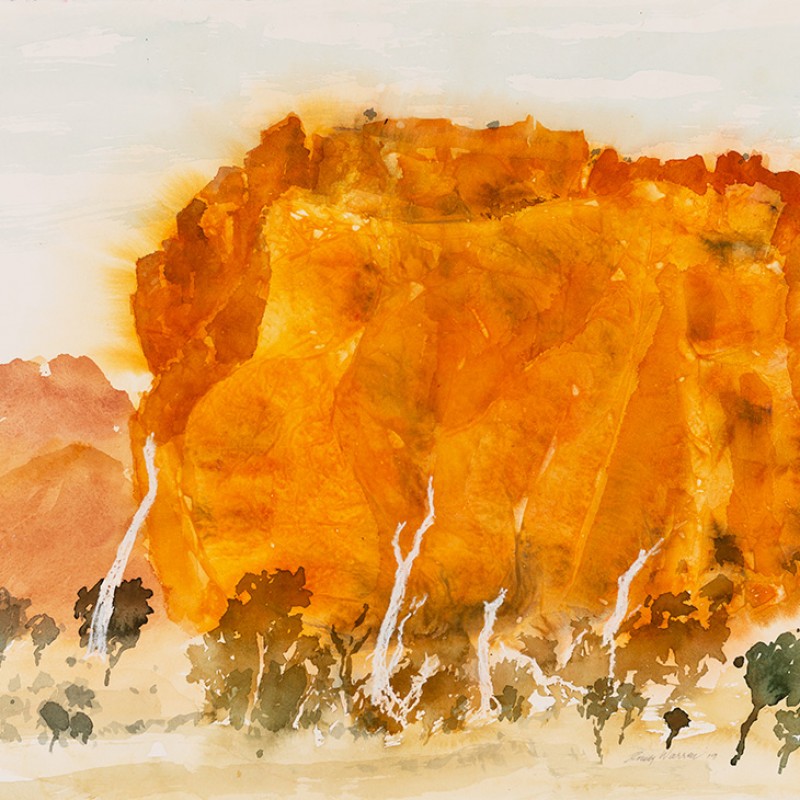 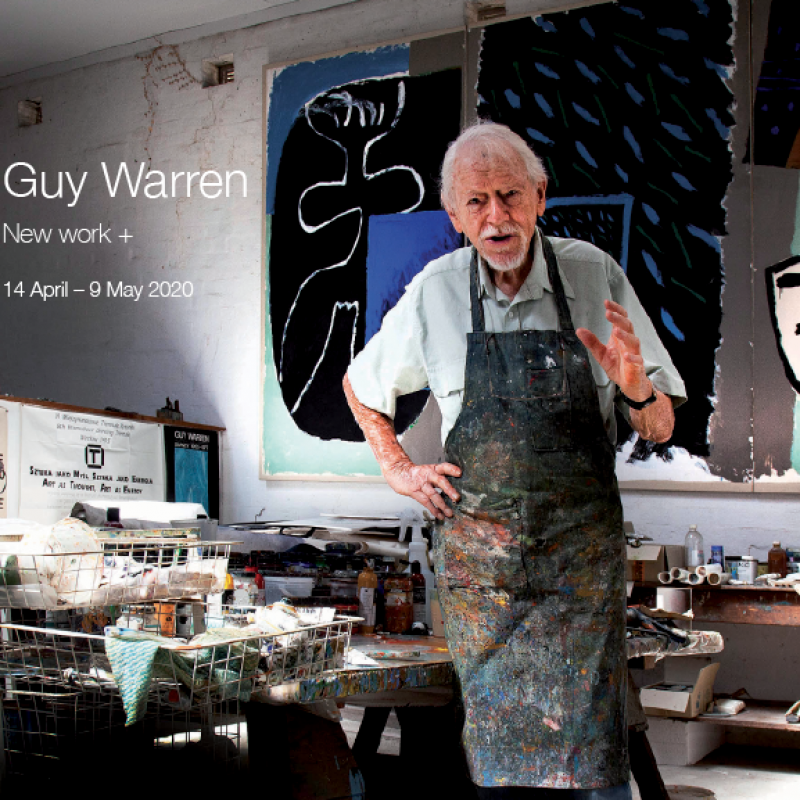 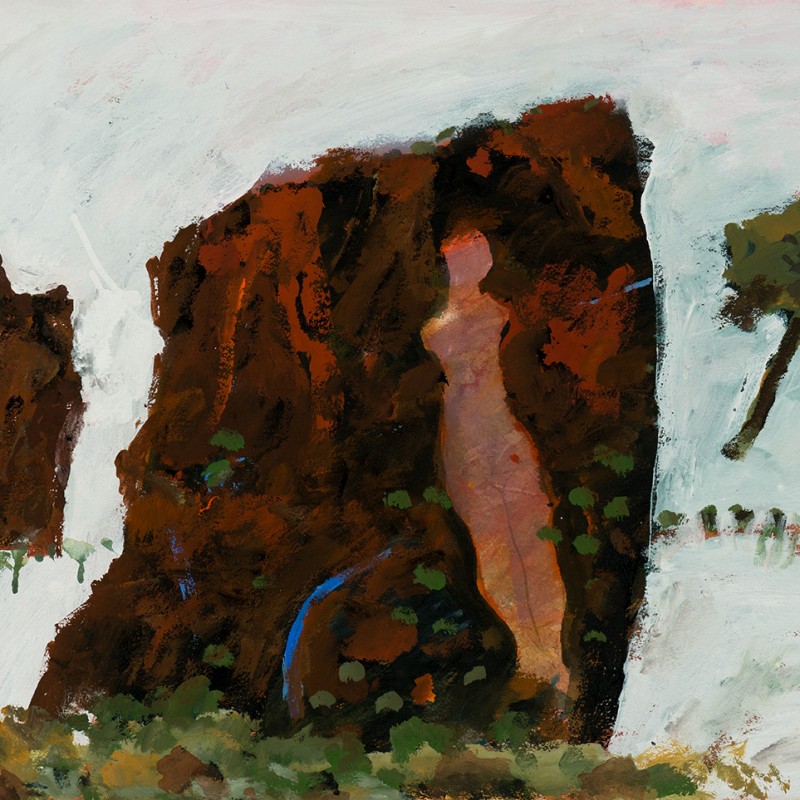 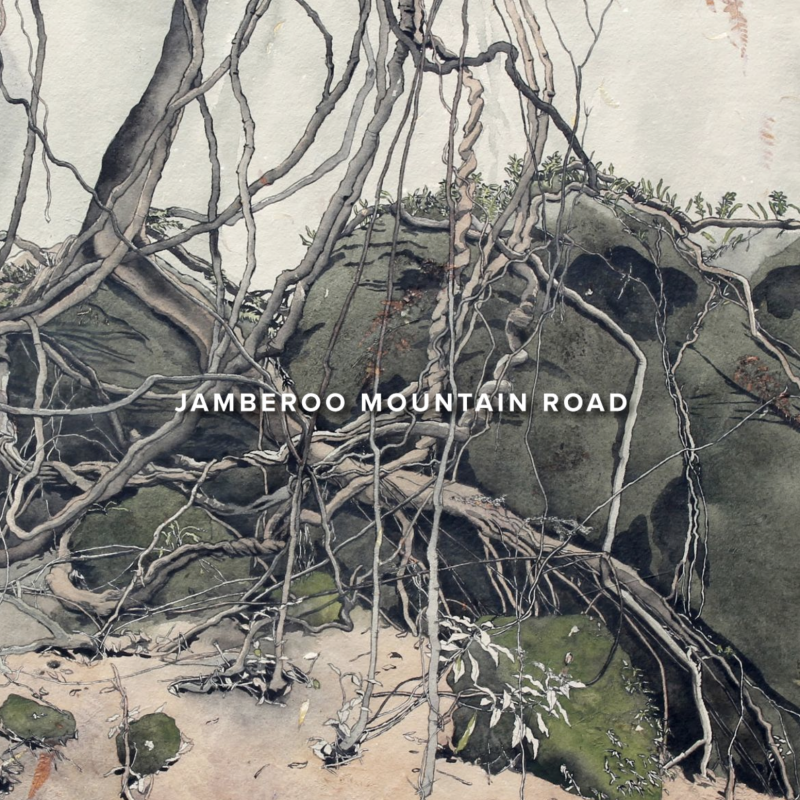 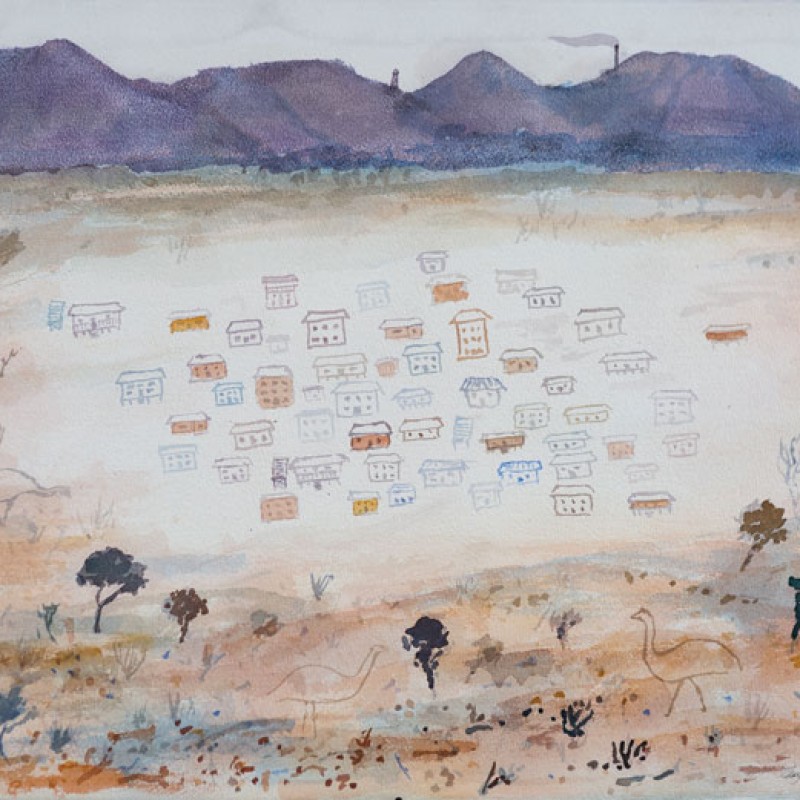 Salon des Refusés 2020: a backyard buffet rather than a gourmet feast by John McDonald

The Mix ABC Documentary and podcast

Landscape of the 100-year life by Mathew Smith

Guy Warren: nonagenarian painter with no limits by John McDonald

Guy Warren: portrait of a painter by Kerry Stewart

From World War II to the Archibald: landscape master Guy Warren strong at 94